This is the map of the Madrid metro (Spain) or also called “Madrid Metro”.

RECOMMENDATION: On the web TicketBar, You can save up to 20% in some bills and the Tourist Bus, Reina Sofia Museum, Taxi Airport Hotel, or purchase tickets for museums, attractions, monuments, and other things that will surprise you. Generally if you buy these tickets online, you save to queue.

Other maps of the Madrid metro: 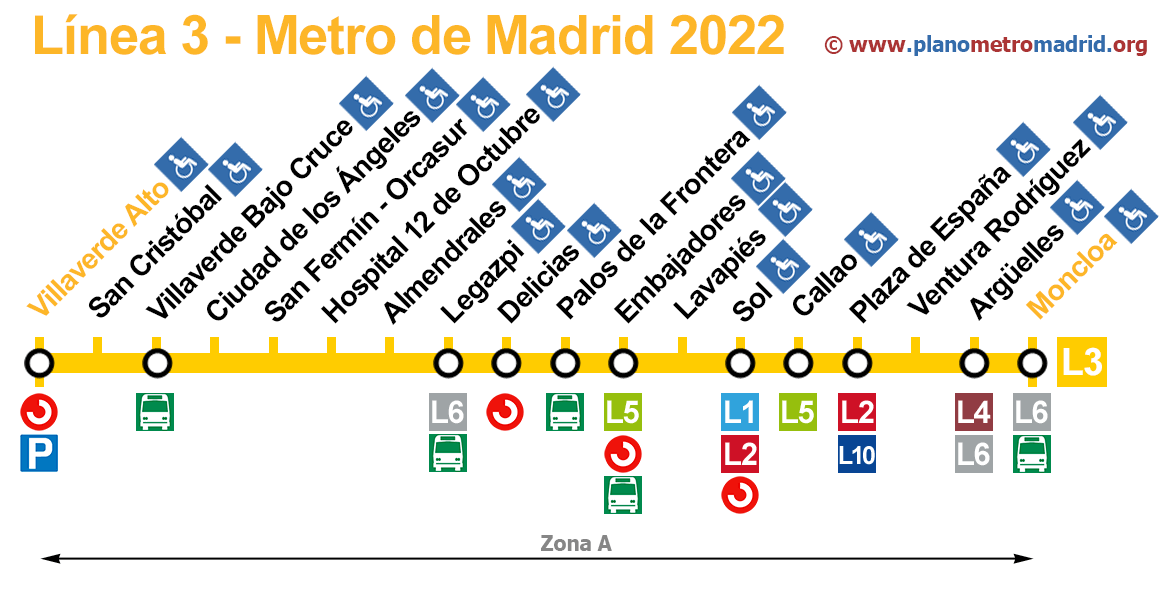 This is the map of the Barcelona metro (Spain) or also called “Barcelona Metro”.

But in February of the year 2016, They were inaugurated 15 new stations on the line 9 sure, it goes from the airport to the city center for a price of 4,50 Euros. So now the Barcelona metro has 181 stations, 145 Km (90.1 miles) total. The map of the year 2017 They have added new lifts and improved graphic design.

RECOMMENDATION: On the web TicketBar, You can buy tickets in advance Amusement, museums, monuments, and other interesting things about the city of Barcelona, museums, attractions, events, parties, and curious things that will surprise you. Sometimes, some of these tickets, They sell them at a discount of up to 20%.

Other maps line at the Barcelona metro:

We use cookies to ensure we give the best user experience on our website. Your continued use of this site assume that you agree.I agree